I still remember, 19 years go (not 20, not 15 but 19) I was at a nice restaurant on Jalan Telawi, Bangsar, having dinner with a close friend. After ordering our foods, I asked the young waiter if they sold cigarettes, they didn’t. But to my surprise, he told me he could run to 7-11 located 2 blocks away to get it for me.

I was reluctant, mostly because I was too stunt that someone would do this. He insisted. Slightly embarrassed, I handed him a RM10 note (yes cigarettes used to cost that little then) and told him the brand. He came back 5 minutes later and placed the packet on my table. Didn’t wait for tips, didn’t ask for thank yous.

The incident left both my friend and I at awe. And I remember both of us telling this story many times over to other friends. It is definitely not every day that one comes across such extraordinary display of customer service, beyond the call of duty!

Now think, if a waiter at a restaurant could leave such a long lasting impression on his customers, can you imagine the chances of an insurance agent doing the same? A waiter does not get the same opportunity to connect with their customers as much as an insurance agent can, especially on the more personal level.

Generally, what makes people unforgettable is the intensity of emotions they invoke. The more intense the emotions, the more unforgettable they are. But this can be both good and bad emotions.

“Earlier this year I received a phone call from a sales rep from an insurance company, which I shall not name. I used to have a PA policy with this company so obviously they had all my details. So, this young sales rep was trying to sell me a supposedly new policy for cancer protection. After declining several times, I could clearly sense his irritation. He became more persistent to the point of being unbearable. Knowing that he wasn’t going to get any further with me, he became condescending and insinuated that it would be harder and harder for me to get any form of coverage due to my “not so young” age. I hung up the phone. I couldn’t believe how rude he was and till today, many months later, I could still hear his condescending tone of voice in my head! – Linda, Kuala Lumpur.

Yea, that’s not the type of ‘unforgettable’ we should aim for. Go with the first story instead and aspire to be that young waiter who is remembered for the positive impression he had left behind. Even after 19 years.

What makes an insurance agent unforgettable?

1. They go the extra mile

Just like the waiter who went out of his way to buy me my cigarettes, they do what is not expected of them. Sure not all customers will notice it but the majority will.

Recently I met a general insurance agent who told me how she helped her clients claim from the insurers even after their claims were rejected the first time. Through her persistence, unwillingness to give up as well as her strong relationship with the insurance companies she almost always succeeds. This is the kind of agent I want!

2. They educate and inform

Several years ago I had an accident with a motorbike. When I spoke to my agent, without explaining why, he told me it was not possible to claim against the biker’s policy although it was clearly the biker’s fault. And that was that. I made a claim against my own comprehensive policy and lost my NCD. Well I still remember this agent doing this, but this is not the kind of unforgettable one should hope to become.

Education and information when delivered well can last a lifetime. It may not help agents close a sale but it can help in letting customers know your willingness to share something that can create value for them.

3. They are not afraid to be different

Being unique is what makes one unforgettable. So be creative, there are many ways to be different. But most importantly, be genuine about it! 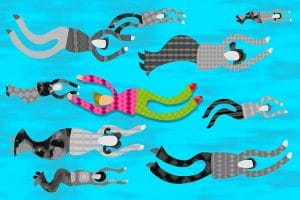 Don’t be afraid to show your uniqueness!

These can-do people are genuinely positive. They may not always have the answer and solution to your every problem but they are always optimistic that they will find the solution that is needed. And the best part about it, they almost always fulfill their promises. Even when they can’t find you the best answers that you hope for, they have a way to make things seem less awful. These people always give you the assurance that you need. Strong and dependable!

Support us by sharing this article with your agent friends. We publish new article every week so don’t forget to like us on our Facebook page!

Want to continue reading? Check out this article that you may like.
5 Biggest Lessons I Learned as an Insurance Agent 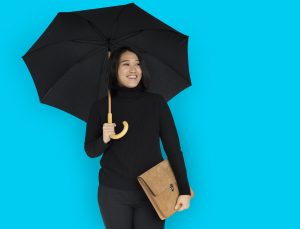